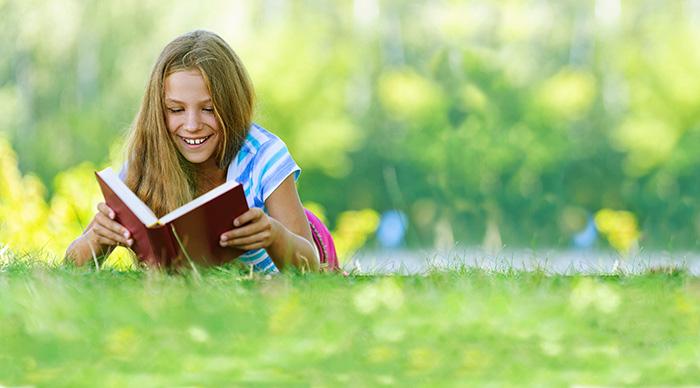 1. The Idea is Formed

In the late 1970s and early 1980s, counties around the state of Florida were creating countywide library systems, due largely to incentives from the Florida Division of Library and Information Services. PCLS, one of the youngest library systems in the state, was formed by county ordinance in 1980. At that time there were municipal owned and operated libraries in three cities; Dade City, New Port Richey and Zephyrhills. The unincorporated areas of Pasco County had three existing volunteer-led libraries in the communities of Hudson, Holiday, and Land O' Lakes. The Hugh Embry Library, in Dade City, which was established in 1904, became a municipal library in 1953 and joined the Pasco County Library System in 1981. The City of Zephyrhills library joined with the Pasco county library system to form a cooperative in 2000. The Pasco County Library System has grown into a seven branch library system with established cooperative arrangements with Zephyrhills and New Port Richey city libraries. 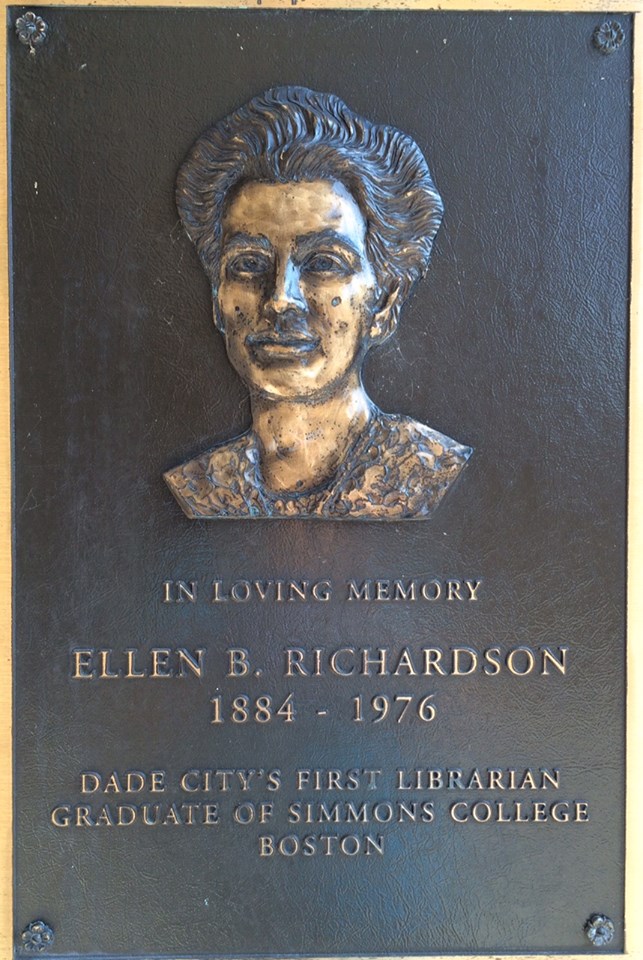 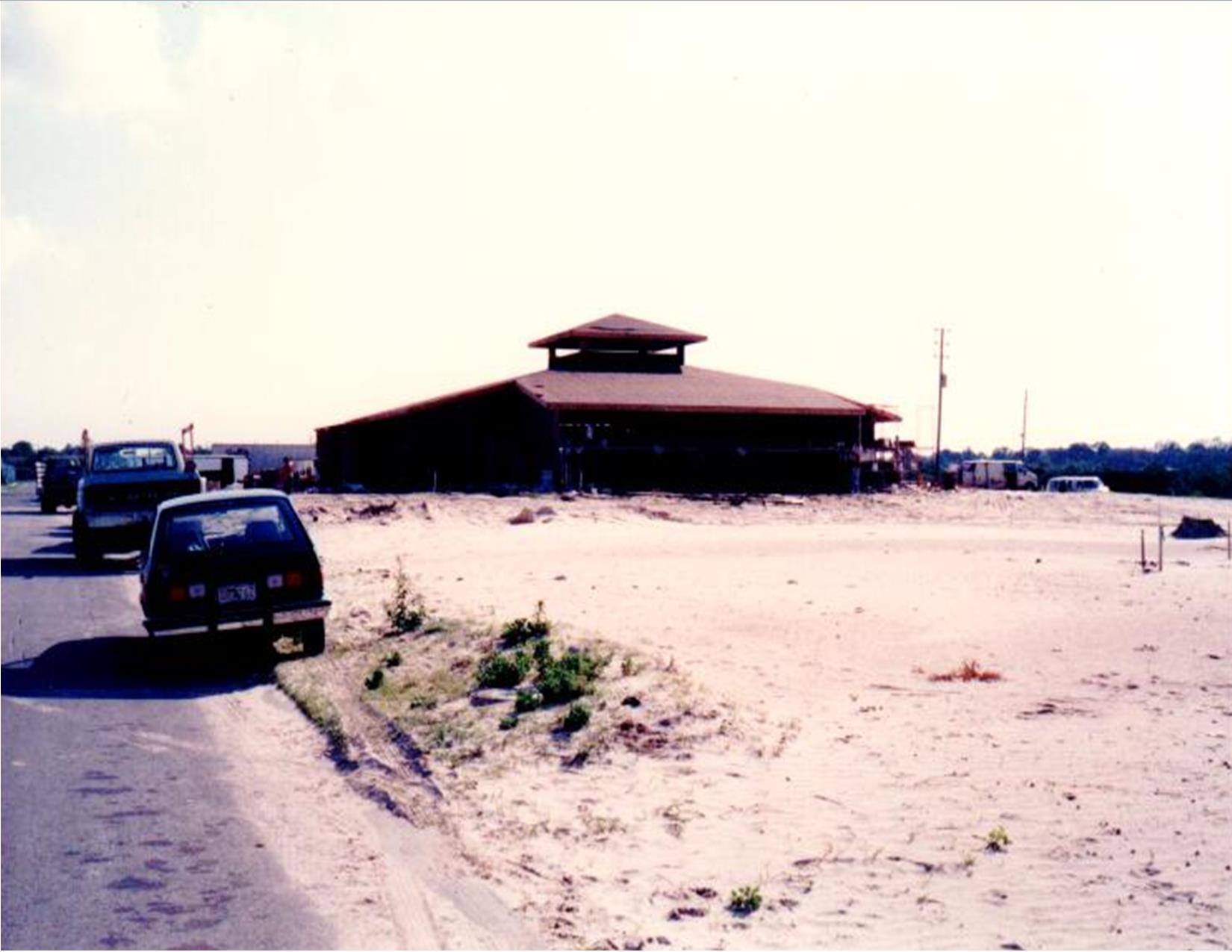 In 1986, a needs assessment study was conducted by library consultants, Beach and Wiley, they recommended the county build seven libraries. In November 1986, the voters of Pasco County approved a $10 million bond referendum to improve public library services and build new parks countywide. Additional funding was secured through Federal programs. Proposed was the replacement of two facilities (Hudson and Land O' Lakes); the building of two facilities in unserved areas (Regency Park and South Holiday); and a renovation of the Hugh Embry Library in Dade City. Two additional facilities were built with non-referendum funding: Centennial Park and New River branch libraries.

Open to the Public!

The Hudson Regional Library (32,640 sq. ft.) evolved from humble roots. Originally comprised of a sparse handful of dedicated volunteers in 1975, the Hudson Library was first housed in a small motel room. After the Friends of the Hudson Library raised sufficient funds, it was moved to a flood-prone building on Old Dixie Highway. After the passage of the building referendum, a new Hudson Library was built at 8012 Library Road in Hudson. This 32,640 square foot building, with monumental entry columns and a 35-foot high clerestory, has a shelving capacity of 120,000 volumes and serves as the PCLS headquarters includes Support Services functions such as collection development, cataloging, processing, automation and delivery. The new Hudson Library opened its doors to the public on April 22, 1990.

The Land O’ Lakes Branch Library (18,000 sq. ft.) opened in a tiny section of a county building on US Highway 41. As it grew, it moved to a larger facility. In 1980, it officially became part of the Countywide Library System, and in 1998, the branch moved into a Land O’Lakes Plaza storefront. With bond money, a new Land O’ Lakes Branch Library was built at 2818 Collier Parkway in Land O’ Lakes and opened to the public on December 12, 1991. An expansion project for the Land O’ Lakes branch was completed and the Library reopened to the public on April 22, 2007. The new library includes a separate children's room, computer lab, a teen room, and several study rooms.

The Hugh Embry Branch Library was founded in 1904 by Mr. Hugh Embry. Mr. Embry had come home for Christmas from Ohio in 1903 and caught a severe cold. Unable to return to Ohio and his studies, he read all the available books from his family and friends. He then decided that Dade City needed a library and went out and collected $50.00 to start one. Three years later, after his death from Tuberculosis, the library was named the Hugh Embry Memorial Library in his honor. The Women’s Club of Dade City took charge of the library for several years, and in 1927, appointed Mrs. Waldo Richardson as the first trained librarian to run the library. The library was reborn as the Hugh Embry Free Public Library on July 30, 1927. In the 1930’s, Mrs. F.G. Stockbridge moved to Dade City and became the librarian for the next 20 years. In 1952, the City gave property across from City Hall for a library facility. By 1953, Dade City officially became financially responsible for the Hugh Embry Library and a drive for a building fund began and the Friends of the Hugh Embry Library and the City of Dade City combined efforts for a new building. On November 13, 1963, the new library opened its doors. In 1981, the Hugh Embry Library became part of the Pasco County Library System. The library was expanded and renovated with County Bond Referendum funding and the new library which had doubled in size to 7,200 square feet opened its doors in 1991.

The Regency Park Branch Library was a new library made possible by the passage of the County Bond Referendum. It opened its doors to the public on October 26, 1990, at 9701 Little Road in New Port Richey. An expansion project for the Regency Park branch was completed in 2007 (10,000 sq. ft.) and reopened to serve the public on April 15, 2007. The new library includes a separate children's room, computer lab, a teen room, and several study rooms.

The South Holiday Branch Library (8,000 sq. ft.) was built with the County Bond Referendum funds and $400,000 of Library Services and Construction Act Grant (LSCA) funds. The library opened its doors to the public on March 24, 1992, at 4649 Mile Stretch Drive in Holiday. The South Holiday Library was originally intended to be a neighborhood facility specializing only in popular reading materials; however, a rapidly-growing community brought a demand for information services. South Holiday is now a small, full service library.

The Centennial Park Branch Library, formerly known as the Holiday Library opened as a volunteer library in 1978 and became a member of the Library System in 1980. This storefront operation was replaced with a Library Services and Construction Act Grant (LSCA) (and local funding) funded building in 1987. Pasco County changed the name of the Holiday Library to the Centennial Park Library because it was the only building built by the County in the year of its Centennial. The library opened on September 20, 1987, at 5740 Moog Road in Holiday.

The Starkey Ranch Theatre Library Cultural Center (26,000 sq.ft.) is a new library built in conjunction with, and partially funded by, the Pasco County School District. The library opened its doors to the public on August 2, 2021, and is a direct partnership library with the Starkey Ranch K-8 school located next door at 12200 Lake Blanche Drive. A portion of the library serves as the school’s media center during school hours and is available to the public when the school is closed. During school hours, the adult reading room, makerspaces, and study rooms are available for public use.

In addition to the Libraries mentioned above, there are two additional libraries in Pasco County which serve the residents in the incorporated cities of Zephyrhills and New Port Richey.

The Zephyrhills City Library became part of the Pasco County Library Cooperative via an Interlocal Agreement on September 14, 1999. This Cooperative enhances and expands the coordination of equal access to public libraries and programs in accordance with Florida Statutes and provides for consistent plans, programs, policies and procedures in the operation, maintenance and development of library services to residents in Pasco County.

The New Port Richey City Library is an independent library which works cooperatively with the Pasco County Library System on joint programming and other partnerships as budgeting allows. Each year, the library leaders of City of New Port Richey Library and Pasco County Library System renew their commitment to honor each other’s patron library cards and recommit to expanding and strengthening their working partnerships to sustain essential quality of life resources in Pasco County.

When the first PCLS library opened in 1990, libraries across the nation were just beginning to move from print card catalogs to automated library services. From its inception, PCLS library users were able to search for books using the computerized system PAL (Pasco Automated Libraries). Hudson, the first library built in 1990 had 14 public access computers and a microfilm/microfiche reader. In 2015, PCLS has 153 public computers throughout the eight branches, access to over 25 electronic databases via www.pascolibraries.org, and Wi Fi services are available at all branches.

PCLS continues to provide cutting edge services, materials, programs, instructional classes, and informational events that are relevant to the populations they serve. These services and events are varied, with an emphasis on current topics and technology continued support of events such as Battle of the Bands and Summer Reading Clubs.